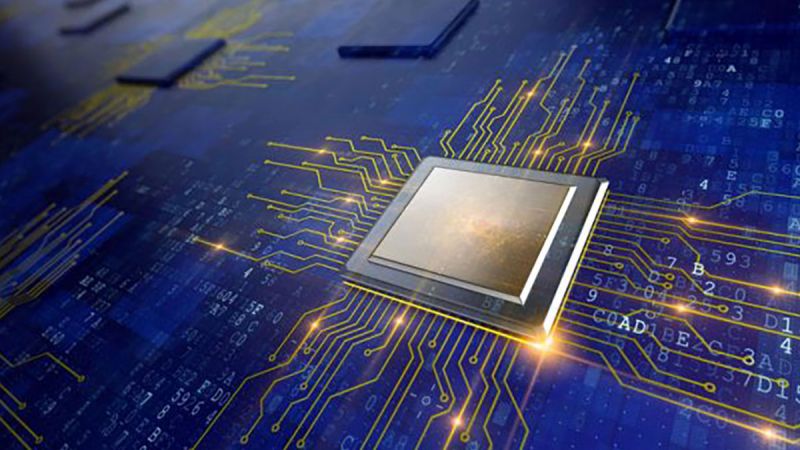 At the heart of every NFC tag, sticker or product is an NFC 'chip' or 'IC' (integrated circuit). These tiny electronic devices store your information and control how it can be accessed.

Different NFC chips have varying amounts of memory and features. The amount of memory will determine how much data you can store on your chip. Additional features can include password protection, scan counters or tamper detection.

The price that you pay for your tags and products will be very closely related to the quantities being made. High volume manufacture reduces the pricing significantly and therefore most tag production tends to lean towards a very small selection of chips. In reality, the NTAG213 or NTAG210u chips are the most commonly available for NFC tags used with mobile phones. The new ST25TN01K and ST25TN512 chips will also be readily availabe soon. If you need another chip, then plan ahead and carefully check production costs.

Rule No. 1 : Unless the cost of replacing the NFC tag is less than a few pence/cents and/or you don't mind some of the tags not working, then buy quality tags and genuine chips.

The vast majority of NFC chips within NFC tags sold via retailers and large scale tag manufacturers are currently made by NXP Semiconductors. There are however, a number of non-genuine NXP chips around particularly with the the MIFARE Ultralight.

Seritag only ever sell genuine NXP or other brand chips and out supply chain is strictly controlled. While you may choose not to buy your tags from Seritag, we very strongly recommend using genuine chips and making sure you know your supplier and where they make the tags. The reliability and quality of non-genuine chips varies between not great and truly shocking. Duplicate UID's, widely variable scan distances and in-situ or application failures are common with fake chips. There aren't going to be many projects which will find the savings worthwhile.

You need more memory. In which case your best option is usually the NTAG215 or the ICODE SLIX 2. The NTAG216 might be a bit more common but Seritag have had a few too many emails regarding the reliability in terms of encoding and/or reading large amounts of data. The NTAG215 and ICODE SLIX 2 seem to have no such problems.

You need a product (wristband/keyfob). In which case, you might find more products available with the Ultralight chip. However, many Ultralight products have fake chips and can be very low quality. Purchase carefully from a good supplier and make sure you clearly specify you want genuine NXP chips and specify that you want the MIFARE Ultralight EV1 variant. Some other products, such as PVC cards or more industrial NFC tags, are now commonly available with NTAG chips.

You need tamper or authentication features. Then go for the NTAG213 TT, NTAG424 or NTAG413. Note that tamper detection tags which fail (rather than still work but change data) can be made with most NFC tags including the NTAG213.

Rule No. 2 : More memory doesn't give you better performance. Don't use a chip with more memory than you need.

Seritag take the view that the NFC tag should be an ID and link to data on the internet or 'in the cloud' rather than the store of data itself. In which case, the standard NTAG213 or the new ST25TN01K chip should be more than enough even for longer tracking URLs or a simple ID. You can use our NFC Tag memory calculator to check which chip you might need. We also have a quick reference guide on how much NFC tag memory you might need.

If you do need to start storing data on the tag itself, perhaps because there might not be internet access when the tags are scanned, then the larger NTAG215 or ICODE SLIX 2 chips can help.

However, be careful. Many NFC projects find even these can be restrictive and it must always be considered that all NFC tags have a very limited memory capacity. You also need to make sure that your App or system is reliable as there have been reports of timeout and other errors when storing large datasets to the larger chips, such as the NTAG216, from a mobile phone.

It's also worth bearing in mind that the larger NTAG215/216 chips and other similar variants are more expensive than the more common versions. Additionally, supply and general availability is much lower. Some other alternative chips, such as the MIFARE Classic, are not NFC Forum compatible so that also needs to be considered.

In summary, we cannot recommend strongly enough that you should use the tag as an ID or link to internet based data. It's a far more flexible and cost-effective way to go.

NXP's NTAG series chips are by far the most common for mobile use. The basic details are listed here and there's a breakdown of each of these features and chips below.

Both Memory and User Memory are listed here in bytes. Memory is the total amount of memory within the chip. It's worth noting that relative to other memory devices such as USB sticks, etc, this is very, very small. In fact, most NFC tags can store no more than roughly a single sentence of text.

However, within that memory space there are sections which are reserved for the function of the tag. For example, information regarding permission to change the data, the UID of the chip (which can't be changed on genuine chips), and so on. This means that a user wishing to store data onto the tag can't use all the available memory space and only the space minus this important data - the 'user memory'.

**The NTAG424 is a complex authentication tag with various memory sectors. Total possible memory storage is higher than this depending on which memory areas are used. However, for NDEF message storage, the available space is 256 bytes.

To make it easier to understand what can actually be stored in this user memory space, the table shows the maximum length of a URL (web address) that can be stored on that tag. This is the number of characters in your web address without the 'https://' or 'https://www.' part. Use our NFC tag memory calculator to find out which chips you might be able to use.

*For the NTAG213, we've used available memory by excluding the encoding of a lock control TLV for dynamic lock bytes. These would take an additional 5 bytes but if dynamic locking is not required (it's extremely rare that it is), then these 5 bytes can be used to increase the possible length of the URL.

What is the scan counter ?

Some NFC tags can automatically store how many times they have been scanned. This is called a scan counter. Within the chip, a small amount of reserved memory logs the scans and automatically increments on each scan. This memory space can be read independently or, in some cases, can be 'mirrored' automatically into the tag data string.

Note that if you are using the tag to count the number of visits to, say, a web page, then this isn't a good way to do it. It is possible for a user to scan the tag, increase the count, but not visit the URL stored on the tag. For example, maybe the user didn't have internet access or cancelled the pageview before the page got a chance to load. In this instance, the scan count will increase at a higher rate than the number of actual page views resulting in incorrect data. The scan counter tends to be more useful for certain security or monitoring applications than for marketing.

Some NFC tags have a password feature which allows controlled access to view or change the data on the tag. From a mobile phone, an App is required for this. It's a fairly low level of security but would stop a casual viewer changing data.

The NTAG424, NTAG426, NTAG223 and NTAG224 NFC chips contains a special feature allowing sections of data to be encrypted and securely appended to the URL of the tag. This then allows the tags to be used for NFC Tag authentication where the tags cannot easily be replicated.

It's a very advanced feature and requires substantial knowledge to both encode the tags and to authenticate the tags. However, the NTAG413 and NTAG424 are among the latest generation of authentication tags and we'd expect to see more variants soon.

All the NTAG series and the MIFARE Ultralight® chips have a common set of features such as a seven byte (14 character) unique ID (UID), universal compatibility across all current mobile phones, tag locking ability and NFC Forum compatibility.

The reason Seritag tend to focus on the NTAG series is simply because they are the most widely available and universally compatible. Some of the other chips, such as the MIFARE Classic® for example, are not NFC Forum compatible. Most of the others would only be available as a specialist order in very high quantities.