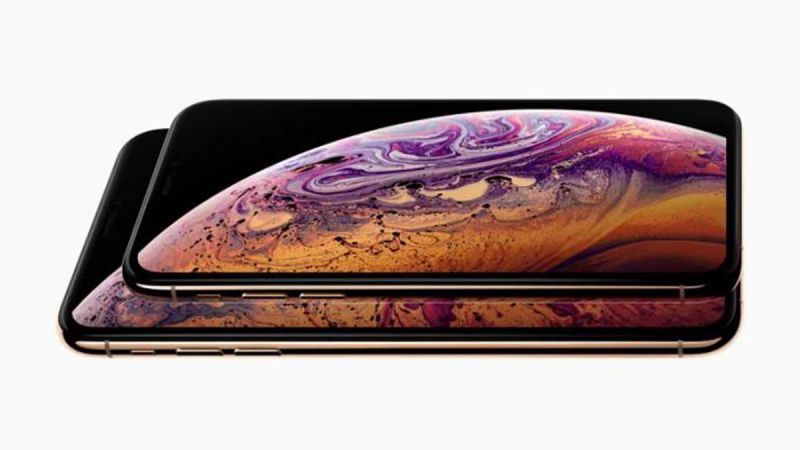 Apple have added background NFC tag reading to iOS12 on the iPhone XS, XS Max and XR. This finally brings NFC technology on the latest iPhones into line with Android. Previous generation 7, 8 and X iPhones will still require an additional App and the App to be open to read a tag.

Background tag reading will enable the iPhone to read NDEF messages from the main memory section of an NFC tag. Which means that NFC tags can be easily used to launch a website or pass data to an installed App.

Unlike Android, this new update to Core NFC will allow NFC tags to be read while the phone screen is on either on home screen or lock screen. Android phones currently need to be unlocked to scan a tag. However, unlike with Android devices (and similar to the old Windows phones), the user will be presented with a notification requesting whether they would like to open a suitable App.

This marks a significant step forward for NFC technology and one that is likely to kick start widespread adoption of NFC tags. The new Core NFC features are explained in a video on Apple's developer website at https://developer.apple.com/videos/play/tech-talks/702/

The new iPhones will be able to automatically handle website URLs, SMS, email and telephone URIs as well as FaceTime and HomeKit accessory setups. For example,. if an NFC tag is encoded with a web link, the user simply scans the tag, taps the onscreen notification and the iPhone will automatically launch Safari and open the link.

Which NFC tags will the iPhone XS, XS Max and XR be able to scan ?

Any NFC Forum type 1-5 tags can be scanned with the new iPhones. This includes the common NTAG, MIFARE Ultralight® and iCode SLIX chips. NFC tags will need to be NDEF formatted which means that they will need to have previously encoded with data.

Will the iPhone XS, XS Max and XR be able to encode or write to NFC tags ?

At the moment, no. The update limits the iPhone to reading NFC tags. In reality, this isn't likely to affect many use cases although the current inability to read the NFC tag's UID combined with no encoding does create a few restrictions.

Can the iPhone read the new authentication tags ?

Yes. Most of the latest generation of authentication tags work with a dynamic URL. The latest update will be able to read the NDEF URL like any other and therefore be able to authenticate an NFC tag.

Will previous versions of iPhone get the same feature ?

At the time of writing, this new functionality is limited to the iPhone XS, XS Max and XR. The previous generations of iPhone 7, 8 and X have always needed an additional App to scan NFC tags and it appears that this will continue to be the case. At the moment, it doesn't look like there will be any native App or additional tag reading function bundled with the previous iPhones. There could be a number of either technical or marketing reasons for this but at this stage, Seritag would suggest that it is unlikely that previous generations will get backround tag reading. However, we would be surprised if some kind of bundled tag reading App or add-on to an existing App doesn't allow this at some point. Until then, previous iPhone 7,8 and X users will need to download an App before they read NFC tags.

Why does a tag read create a notification ?

Many of the early NFC enabled phones, including the BlackBerry and Windows phones displayed a notification on tag scan. You could choose whether to action the tag or ignore. With Android, the tag scan has always been seamless and without notification. A user can scan an NFC tag and the web page or App will immediately launch. At the time, there was a substantial debate within the industry regarding the security and safety of allowing NFC tags to launch a website or other App without notification. There are pros and cons which usually come down to better user experience against user security. Interestingly, Apple's new implementation allows tags to be scanned while the screen is on, but with the phone locked. In this instance, where the user may not have the phone in active use, a notification is vital as without it the user may launch a tag not knowingly scanned when the phone is then unlocked. Apple will have carefully considered the notification screen and decided that the additional 'barrier' is an important security step. Android, on the other hand, only allow scanning when the phone is unlocked but offer a seamless experience. You could argue that they are both right.