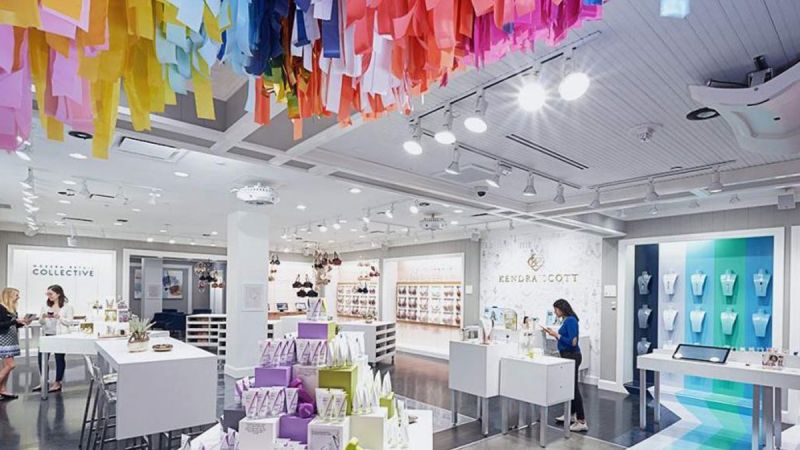 While this may sound like a harsh headline, it's not. We'll explain.

We read with interest an article published yesterday on the excellent NFCW website regarding NFC tags being deployed in a Mall of America tech showcase. The Mall of America is a large shopping an entertainment mall in Minnesota in the US.

McKinsey & Company, a management consultancy, have created this tech showcase store which they have named the 'Modern Retail Collective'. It's designed, in their words to 'unlock the future of brick-and-mortar retail'. It's an opportunity for retailers and brands to test new store tech.

Part of this showcase was a trial of NFC tags placed near products to allow shoppers to interact. Superb - a fantastic use case and exactly where and why NFC tags should be used in a store environment.

They also decided to use the NTAG213 version of Smartrac's circus tags - a quality product and a good choice for most use cases. Another good decision. So we thought.

And then we saw the artwork that they used to ask people to interact. It's difficult to know where to start but it's almost a perfect example of what not to do. Here's the call to action :

And this is what's wrong :

We'll start with a story. Seritag get involved with a very large number of projects and a few years ago, we worked on a project called 'talking statues'. The aim was that famous actors would voice the words from landmark statues. These would be recorded and then made accessible from QR codes and NFC tags placed near the statues.

All good, except that the artwork only contained more or less the words 'tap here to listen to this statue' and not much else. Within days, the labels had been touched, tapped, banged, kicked, punched and stamped on. And broken.

When Apple opened up the iPhone to enable NFC tags recently, they also published some design guidelines about how brands should ask people to interact with the tags. They recommend to not use 'tap' or 'touch' and to use 'scan' or 'hold'.

And they are right. The use of the phrase 'tap here', especially with no other information is a recipe for people to use their fingers. 'Scan here' on the other hand, provides substantially more 'advice' and is unlikely to cause physical damage.

We've discussed over many years the different NFC Logos and icons and the pros and cons of each of these. However, the industry has started to settle to at least a few fairly standard options. This includes the NFC Forum N-Mark logo, the 'RapidNFC' NFC logo, an (often incorrectly used) four bracket EMVCo. logo or a three bracket logo.

The use of a completely different logo is not ideal.

Additionally, when RapidNFC (Seritag's former life) ran research into logos many years ago, it was found that using brackets horizontally implied local scanning - such as payments. Using brackets vertically implied wide area coverage such as WiFi. Any use of brackets for local interaction is best horizontal. (We accept this is open to discussion)

Where are the letters 'NFC' ? Seritag love graphic design and we know as much as anyone that the letters can be ugly. A nice little icon is much better to look at. But form and function in tech is almost always better than just form (or just function).

Public awareness of NFC and the fact that there's not a single logo/icon in use yet means that the letters are very important. This is more the case if you use a random icon that nobody will ever have seen before. People are starting to know what the letters NFC mean - even if it's more in relation to payment than information access.

Why the 22mm size tag ? Scan distance and scan performance in locations like this is everything. It's difficult to tell but the area around the 'tap here' and the icon looks bigger than 22mm. That means that there will be a hotspot either under the logo or the words 'tap here' or both. Or neither.

There certainly seems to be enough space there for a larger 29mm or a 38mm tag. The scan performance of the larger tags is significantly and noticeably better and they should always be used in these instances where they can.

It's estimated that online, a user will wait no more than 3 seconds for web page to load. That was a few years ago - it's probably even less now. There's no stats on how long users will try and scan an NFC tag but we'd estimate is not much better. Quick scanning and fast response is vital. Use the largest tags (up to 4cm or so) that you can.

We will give credit as to the information provided to why the shopper to scan the tag. However, there's no other information to how they should do this.

Again, graphic designers don't like images of mobile phones or instructions to 'scan here with your NFC mobile phone' messing up their artwork. But they work. And the point of this display board is to get people to interact and to do that, they need to know how to do that.

Right now, even the letters NFC don't give the full picture. People need more guidance and a small image of a mobile phone alongside the letters NFC will transform the message.

Tech showcases like this need to lead customers into the technology. In our opinion, it's rarely enough to put tech in front of people and expect them to immediately understand what to do. People need guidance.

We don't know how many people have or will interact with these cards but we do know that a few very small changes could increase interaction very substantially. We know this because we've worked with NFC on projects for years and we've seen what succeeds.

At the end of a project like this someone will look at the interaction stats and make decisions to whether this tech will work or not. NFC can be very powerful but it needs careful use right now to get the best out of it.

And, in our humble opinion, this isn't right way to do it.

Contact us
Questions ? We've supplied tags to thousands of projects and are always happy to offer friendly, straightforward advice.