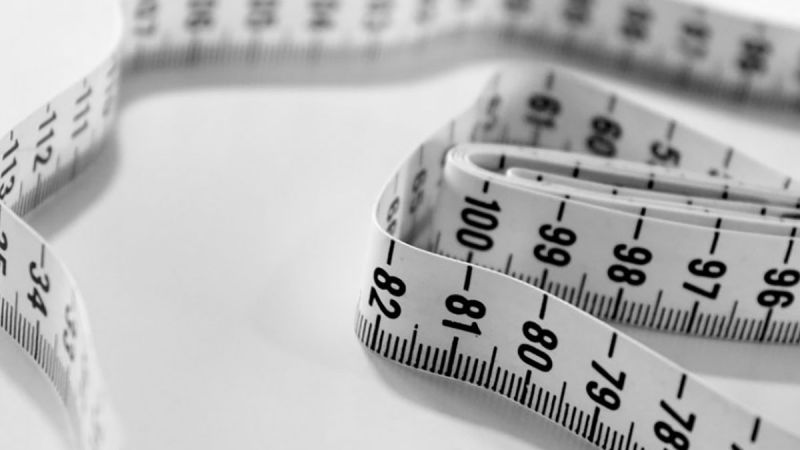 It's a typical problem. An NFC tag is integrated into a product or behind a piece of advertising material and now the tag can't be scanned. The reason is simple. The tags scan distance isn't good enough. So how do you maximise scan distance ?

What is the scan distance of an NFC tag ?

In short, typically between 1cm and 5cm if the NFC tag is being scanned with a mobile phone. A number of factors will affect the performance. Let's have a look at each of them.

To make sure everyone is with us here - an NFC 'tag' is made from three elements. A microchip, which store the data and handles the communication which is the 'NFC chip'. There's an antenna which is the coil of wire (or similar) which collects the energy and allows the exchange of data. Then there's a substrate - a bit of plastic - to keep the thing together.

Here, we are talking about the microchip itself. This is the tiny black dot you can see on an NFC sticker. There are significant differences in scan distance performance between NFC chips or families of chips. The age of the original chip design can play a part but the biggest factor is often the level of technology within a chip.

More complex technology such as encryption can require an increase in the energy required to power the chip. Because the tag gets all it's energy from the proximity of a mobile phone (or other reading device) then an increase in energy requirement typically means the phone needs to be closer. Simpler tags therefore tend to be more energy efficient.

For example, the MIFARE Ultralight C® chip which contains advanced encryption technology can have a scan distance of less than a third of a simpler chip such as an NTAG213.

So, the rule here is simple. If you don't need advanced tech, don't use those chips.

Let's be clear. It's not so much about the tag size that affects scan distance, it's about the antenna size. The antenna is the coil of wire within the NFC tag that creates the energy and powers the chip. In theory, the bigger the antenna, the more energy that can be harvested.

A larger antenna can harvest more energy so you can hold the phone further away and thus you have increased scan distance. There are, however, diminishing returns and you rapidly reach a point where two things happen.

First, you have effectively become as efficient as you can be with the power source in question (the phone). This can best be described as you lose more energy in the antenna itself than you gain.

Second, your antenna design becomes mismatched against the design of the reader antenna. If you take this to the extreme, the antenna in a phone might be the size of a small coin. An NFC tag antenna the size of a notepad with a hole in the middle is not going to be a good match up.

The ability to scan has a direct effect on user experience. The ability to scan comes down to two things. How close a user needs to hold the phone and how accurate placement needs to be. Any web developer will tell you that users can give up very quickly if a page doesn't load fast. It's the same with NFC tags, a user will give up trying very quickly if the tag doesn't respond easily. Unfortunately, the time it takes for a user to give up on a slow responding tag is much quicker than you would think.

The rule here is that you want an antenna as big as you can fit into your project but there's a limit, as we will see later. A 29mm to 38mm tag size is going to scan just fine. However, a credit card size might perform a little better if you can fit it in. Anything larger than that is likely to result in decreasing performance for many mobile phones. Tags smaller than 25mm need careful consideration and shouldn't be used for marketing unless you have no choice and no space.

We will get onto frequency tuning later but for the moment, the quality of the antenna design can best be described as how much of the available space does the antenna take up. To explain this better, consider the point above that a bigger antenna is generally better.

Now most NFC labels are etchings. That means that it's a single wire in a spiral loop. Clearly, within a 25mm diameter space there's a limit to how long that wire can be. However, the coil length can be affected by the position of the chip and the thickness of the 'wire' (and the gap between the wire). It can make a significant difference to the actual length.

Additionally, particularly with labels, there's a margin. That's the gap between the outermost edge of the coil and the edge of the label. So your label might be 29mm but your coil diameter might only be 25mm. This is typically defined but 'tolerance'. This is the ability of the manufacturer to get that coil in the right position. A cheaper manufacturer will have a poor tolerance and to compensate, a smaller antenna will be used. What you get is a poor performing tag for the size.

Have a read through of our information on NFC tag sizes to see some comparison of the scan performances of typical standard sizes.

We could have put this under tag design and there's large number of factors here as well. Let's again consider a single point which is frequency tolerance. This might require a little concentration.

In an ideal world, every tag that ran off the production line would have perfect tuning but that's not the case. In reality, there's often quite substantial variance. This can be caused by the antenna etching, the bond between the antenna and the chip, the chip itself a number of other factors.

A good manufacturer will be able to control this variance better and importantly, quality control the final output.

So, what scan distances can you actually expect in the real world. Well that depends on the phone, the tag and the placement (which can affect the tuning). Even more complicated, it can also depend on the tag/phone combination where one antenna design can work better than another with a particular phone.

Which means that there's no hard answer. But, as a general rule, a 40mm tag (with 35mm antenna - see above) with an NTAG213 chip paired with a good Android phone should get 5-6cm without too much problem. A tiny NTAG213 tag (12mm x 19mm for example) might achieve around 2cm.

To make things easier for our customers to understand, Seritag created the Real ScanStrength NFC tag performance system. We use a selection of the most popular mobile phones and test the tags in a real life situation. We then provide the scan performance as an actual distance in mm to give you an idea of expected performance.