The Difference Between NFC and RFID 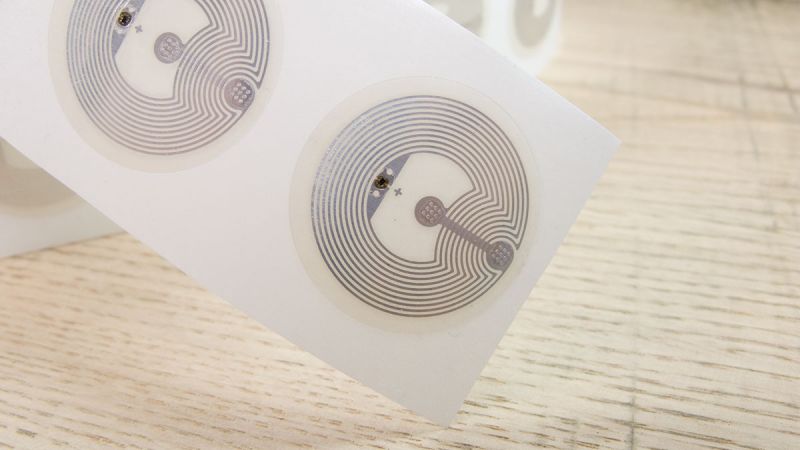 RFID and NFC are two closely related wireless communication technologies that are used globally for a vast number of applications such as access control, asset tracking and contactless payments. RFID was first patented in 1983 and is the precursor to NFC, so we will begin there.

RFID enables a one way wireless communication, typically between an unpowered RFID tag and a powered RFID reader. RFID tags can be scanned at distances of up to 100 meters without a direct line of sight to the reader and as a result RFID is used globally for asset tracking in warehousing, airport baggage handling, livestock identification and much more. RFID operates at a range of radio frequencies each with their own set standards and protocols.

Much of the crossover or comparison between RFID and NFC concerns UHF rather than LF RFID tags. Passive UHF tags, in the frequency band 856-960 Mhz, are commonly used for asset tracking and inventory management.

As they require no power source and can be scanned over a long range, multiple items can be scanned at the same time. For example, multiple products can be tagged within a pallet and a high powered reader can read through the tags in a single pass.

What is RAIN RFID ?

RAIN is an alliance of companies and organisations who aim to promote the use of UHF RFID technology. The equivalent body for NFC is the NFC Forum.

Can UHF RFID tags be used on bottles ?

Yes. While it's true that a 'standard' UHF label will not work properly on bottles because the water or liquid absorbs the UHF signal, the tags can be carefully tuned to perform correctly. Note that this results in tags that are designed for bottles or not bottles rather than a do-it-all tag.

NFC is best described as a subset of RFID. NFC operates within a specific High Frequency (HF) of 13.56 MHz and is an extension of High Frequency (HF) RFID standards. NFC therefore shares many physical properties with RFID such as one way communication and the ability to communicate without a direct line of sight.

1. NFC is capable of two way communication and can therefore be used for more complex interactions such as card emulation and peer-to-peer (P2P) sharing.

2. NFC is limited to communication at close proximity, typically a few cm, although distances up to ten times this are theoretically possible with certain tags and certain readers.

3. Only a single NFC tag can be scanned at one time.

The requirement for close proximity can make NFC a more secure option. This, together with NFC's ability for two way communications, has made it an ideal choice for contactless payments.

Arguably, this is perhaps the most important difference between NFC and RFID. Partly driven by the requirement for mobiles to be able to make contactless payments, almost all modern smartphones are now NFC enabled. Most mobile NFC devices can read tags compliant to ISO/IEC 14443 (NFC Forum Types 1, 2 and 4) and many can also read tags compliant with ISO 15693 (the new NFC Forum Type 5).

NFC-enabled phones offer both businesses and day-to-day users slick and intuitive communication between mobile phones and between a mobile phone and an NFC tag. Examples include file sharing via Android Beam, instant connection setups between electronic devices and the ability to link everyday objects such as posters to online content.

No. Both the frequency and method of communication are quite different and NFC enabled phones are not able to read UHF tags. It's very unlikely that will change partly from a technical point of view but also because there's no current mass-market use case for such a feature.

Can you get combined UHF and NFC dual frequency tags ?

In the last few years, a number of tags have been released which use the EM4423 dual frequency NFC/UHF chip. These are starting to be known as NUSH tags (NFC and UHF Smart Hybrid).

There's a number of benefits to combining the two together in a single chip but primarily it means that a single UID (unique ID) can be shared between both frequencies. This enables the supply chain of a product, for example, to be tracked through the factory, warehouse, distribution and store using UHF and then scanned with an end user or store assistant with a mobile using NFC.

There's two downsides at the moment. Firstly, the pricing for these tags tends to be in the region of using two tags - one for NFC and one for UHF. Clearly, cost savings can be found in the application of the tags but there's no current cost benefit of using a NUSH tag.

Secondly, NFC labels tend to be quite small and customers purchasing the NUSH tags prefer similar sizes. Unfortunately, UHF doesn't like doing small (for technical reasons relating to the size of the antenna and the frequency).

Combining two antennas on a single label which cannot overlap means that the available space for the UHF antenna is limited without creating a large label. This can result in NUSH tags having a short read range - usually in the region of 1m or less. Seritag have tested some NUSH tags where the UHF reliable read range can be as low 70cm.

This can result in reducing the use cases for NUSH tags as their use within large scale warehouse or inventory management then becomes more limited.

However, whether it's better to use two tags (in perhaps two different locations) or a single tag will depend on the product, the logistics and the project requirements. The options are there.