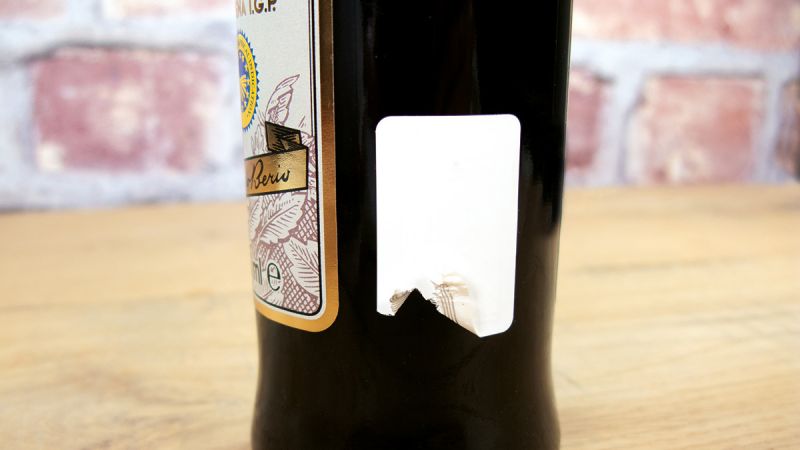 So let's have a look at the different options available for these.

These tags are always made to order and therefore we aren't going to hold stock. However, it's good to understand what these are and how you might use them.

Tamper Loop tags have an additional loop of wire aside from the antenna loop. This loop is connected to the chip on the tag and the chip can detect, on scan, whether this loop has been broken or not.

When the NTAG424TT tags are encoded, we also enable the TT feature by adding a special 'tamper' code and configuring the chip to allow the display of the tamper code in the scan URL. For example, your standard URL might be :

If the chip detects that the loop has been broken, then, on scan, the chip can change the URL by changing the tampercode to the one used during encoding. For example, the URL would become :

In doing so, a server can check whether the tamper loop has been broken.

This type of tag is used to monitor the opening of a bottle, box, etc where the action of opening will break the loop. The key point of this is that although the loop has been broken, the tag will still scan.

It's not the easiest product to use. You need to deploy the tags in a way that the tamper loop with definately break on a bottle open, etc - but can't be removed carefully otherwise. The tags will usually be made with small cuts in the 'arm' to ensure tamper loop break. Therefore, the tags are usually designed specifically for certain bottles/packaging and then careful application to avoid any potential alignment issues.

While the usual use case for tamper loop is detection of opening or breaking of a seal, the tamper loop can also be used in a more general way - for example in jewellery tags. Unlike NFC antenna designs which need to be very carefully designed and tuned to scan properly, the tamper loop design is essentially just a loop of wire and the design is more flexible.

Therefore, the loop can be used in designs where the break can be more general such as jewellery tag designs. The tags will continue to work after the loop has been broken.

These are usually quite generic designs which can reduce costs and speed deployment.

These tags are designed to be destroyed on tamper and the scan will no longer work. They are easier to use and as they are more generic, we are starting to stock these for testing and immediate use. There's two types of these tags :

The 'scratch tamper' tags (also called fragile antenna tags) are designed to disintegrate when the are tampered with. The surface material will chip and in doing so, the antenna will be destroyed. The scratch tamper tags are very effective and are also quite thin so can be used under other labels. Ideal for use with wine bottles for example where a designed label can be placed over the top.

The peel tamper tags have two layers of material. The antenna is designed in a way so that when the top layer of material is removed - by an attempted removal of the sticker - then the antenna breaks and the tags will no longer function. These labels tend to be slightly thicker and can work better as 'stand-alone' labels.

Seritag are now stocking a 28mm NTAG424 peel tamper tag for customers to test and develop this feature. The 28mm ST945 is a strong and reliable product with a good scan distance. As with all NTAG424 products, the authentication features cannot be activated with a normal NFC app. Either use specialist encoding/authenticaiton software or ask Seritag about our Ixkio NFC tag management platform.

Generally, we prefer Tamper Destruct NFC tags. They are reliable in use, easier to apply and work in the vast majority of cases as intended. The downside is that the tags can no longer be scanned after the tamper but in most use cases this is not the priority.

The next generation of authentication NFC chips from NXP - the NTAG223 and NTAG224 - contain a new 'Status Detect' tamper feature. This advanced technology will allow the detection of tamper using capacitance change rather than an actual physical break. This will allow for a more sensitive and possibly more reliable detection method.

In effect, it's a system that's somewhere between the tamper loop tags and the tamper destruct tags. The tags will be able to detect a change but still function but importantly can detect this change without any physical damage to the tag itself.

However, at the time of writing (November 2022), these new chips are not available for mass production projects. We are currently advising customers to not consider these tags until late 2023.