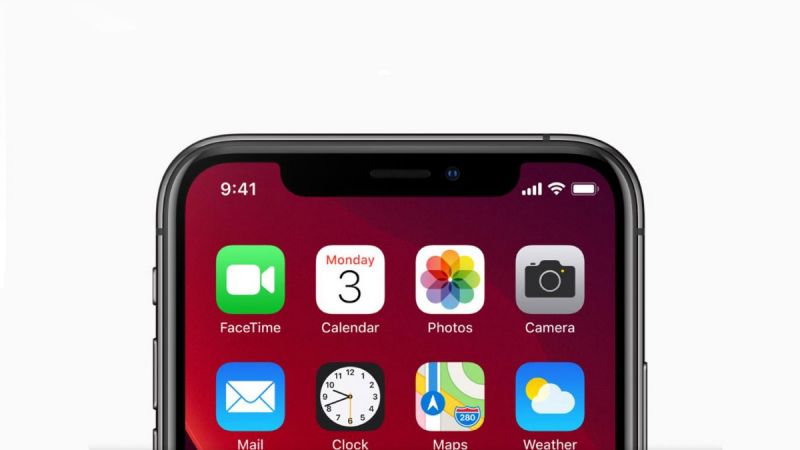 At the beginning of June, Apple announced the release of their latest mobile operating system - iOS13. As generally expected by people within the NFC industry, Apple opened up the NFC system a little more. We'll take a non-technical look at what changes have been made and what those changes might mean.

Each NFC chip has a unique ID (UID) number built in during the manufacturing process. This UID can vary a little but generally it's 7 bytes (14 characters) long and importantly is unique to every genuine chip. The UID is stored in a particular area of the chip memory apart from the user configurable space.

Up until iOS13, no iPhone could read this UID. This presented a problem for some developers who had built Android systems around scanning for that UID. In some cases, developers hadn't added anything to the general user memory space because Android phones could always access the UID. So, adding the iPhone to some systems was impossible.

Seritag would argue that apart from that one particular issue - ie, legacy or existing systems - the lack of access to the UID was no big deal. Reading the UID alone is hardly more secure than reading from the main memory space and it's very easy at production time to copy the UID into the main user memory space.

As of iOS13, iPhone users including those on the older 7,8 and X phones, can now access this UID. This is of course useful, but ultimately only to existing systems reliant on the UID.

Seritag Verdict: Useful, but not much more than that.

Again, up until iOS13, no iPhone could write or encode to an NFC tag. The iPhone could only read. As of iOS 13, this has also change. Now it is possible for any iPhone from 7 onwards to write data to an NFC tag with an appropriate App. Additionally, it is also now possible to lock NFC tags.

Now, it would great for the purposes of this article to clearly state whether this is a good thing or not. In many cases, it might be. The ability to assign tags in location, update data for security or other purposes and change the function of tags is, yes, handy. However, Seritag are going to look at this from two angles.

First, from a casual users perspective or someone just messing about with tags, it's good fun. It's a reason to trial NFC tags and it allows developers to make progress with projects without having to ask around the office for someone with an Android phone.

However, from an industry perspective, and by that we mean market penetration of NFC, Seritag would consider this to be a minor development. The vast majority of users are not going to start encoding their own tags and the vast majority of applications do not need to encode on the fly - they are quite happy with pre-encoded tags.

Seritag Verdict : useful, but not much more than that

Without getting technical, this is the ability of the phone to send commands to the NFC tag to get access to certain chip information. In previous iOS versions, the iPhone software was very limited being able only to get data from the user memory space.

As of iOS 13, Apple now allow the phone to send a much broader set of commands to the chip. This allows, for example. the phone to check the authenticity of the tag or access things like counters. This increased functionality has made news in many cases recently because it allows people to scan their own passports and such like.

Seritag consider this to be an important development. There are a number of advanced applications where the ability to communicate the chip in a more advanced way than just reading the user memory is important. Above that, it also demonstrates that Apple are serious about the implementation of NFC tag reading with the iPhone. This isn't just some little add on that can launch a web address, it's now something much more powerful.

Launch shortcuts from an NFC tag

We'll make a confession. Here at Seritag tower, we aren't really big Apple users. In fact, there's a iPhone in the office for testing and that's about it. This isn't that we are anti-Apple, it's simply that we are NFC people and Android has been the mobile NFC platform for many years.

To that end, we aren't entirely sure what to comment about launching shortcuts with an NFC tag. On the face of it, it would seem a fun trick for a few more tech savvy people but probably not really much more. It's not going to start moving the share price of the NFC chip makers we'd think.

Seritag have argued for a very long time - probably since 2011 - that the only way that NFC tags for mobile use would become mainstream would be that everyone with a mobile phone can scan them natively. And today, we still stand by that statement. By native, we mean the ability to scan an NFC tag with a mobile taken straight out of the box. No additional Apps and no messing about.

Of course, the NFC market for NFC tags for use with mobile phones has grown since 2011 and is still growing now faster than ever before. But let's be clear. Compared to the wider UHF RFID market, NFC is a small drop in the ocean. You ask most people in the street what an NFC tag is or how to scan one - they'll not have much idea.

No, we mean mainstream in a way that it's normal to use a mobile phone to scan an NFC tag to get product information or find out when the next bus is going to arrive.

To get there, every mobile phone needs to support native tag scanning in a way that Android phones have for years. You scan, it launches automatically and away you go.

When Apple launched the XS and XR phones, there was widespread glee within the NFC industry that the time had finally arrived. Apple had introduced 'background tag scanning' which meant that the latest Apple phones could scan an NFC tag automatically. Just put your phone near a tag and, wow, the magic happens.

This was superb news and a huge boost to the NFC industry. However, background tag scanning was still only available on the latest XR and XS phone and not the previous 7, 8 and X generations. For these older models, an additional App was still required.

Ideally, this native 'background tag scanning' would have been extended to the previous models in iOS13. Some of our less professional competitors even made announcements to that effect. However, Seritag have understood for some time that it was not going to happen and is never likely to happen for technical reasons. So background tag scanning was not included on previous generations in iOS13.

However, Seritag don't consider this to be a substantial issue. The market penetration for natively enabled NFC mobiles is growing. The market awareness is still growing. The use cases are growing and forward thinking companies are starting to put NFC firmly on their plans.

Seritag Verdict : would have been great, but not a major problem