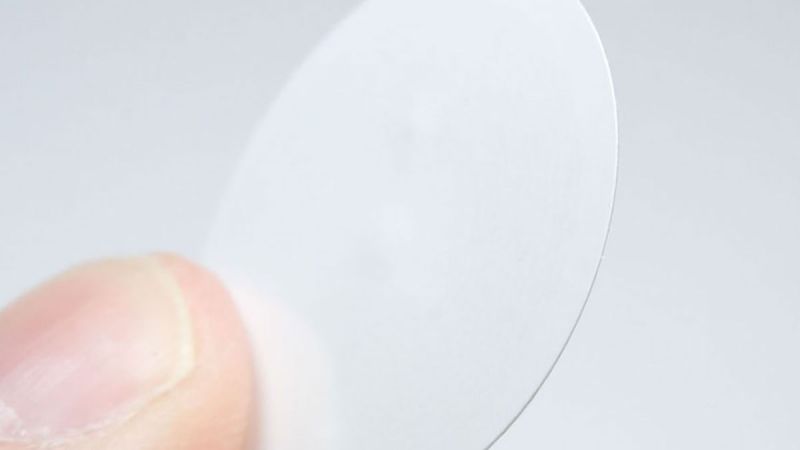 We've added a 29mm white NFC tag with the ICODE SLIX2 chip. The ICODE SLIX2 is different to the standard NTAG series chips in a number of ways. Let's highlight the main reasons why you might be interested in this rather than the NTAGs.

The standard NTAG series chips have a memory retention, as specified by NXP who make the chips, of 10 years. This is very long time for most use cases such as packaging, product integration, marketing, ticketing and so on.

However, for asset management, 10 years might not be long enough. The ICODE SLIX2 has a memory spec of 50 years.

Most of the tags we sell are based on the NTAG213 chip. This is a superb all rounder with 144 bytes of user memory. However, we've come across some users who are storing more complex data, perhaps in conjuction with blockchains, that want to have a little more space.

Seritag aren't keen on the NTAG216 chip. It's a big chip with lot's of memory but we've had too many customers commenting on the performance when that memory is used to capacity. The alternative is the NTAG215 which has around 500 bytes of memory. However, it's not always easy to get hold of as it's only 'reason to exist' is that it's got a little more memory than the NTAG213.

The ICODE SLIX2 has 320 bytes of memory. Which, while not as much as the NTAG215, gives users a little more headroom. Additionally, the ICODE SLIX2, because it has a number of additional features and the longer memory retention, tends to be more widely available.

Note that the ICODE SLIX2 works on the ISO 15693 standard rather than the NTAG standard of 15693. While all NFC enabled mobile phones can scan the tags, there are some more specialist readers that can't. We'd advise testing and checking if you are using specialist NFC encoding equipment with these tags rather than mobile phones.

For more information, read our tutorial post on the differences between the 14443 standard and 15693.