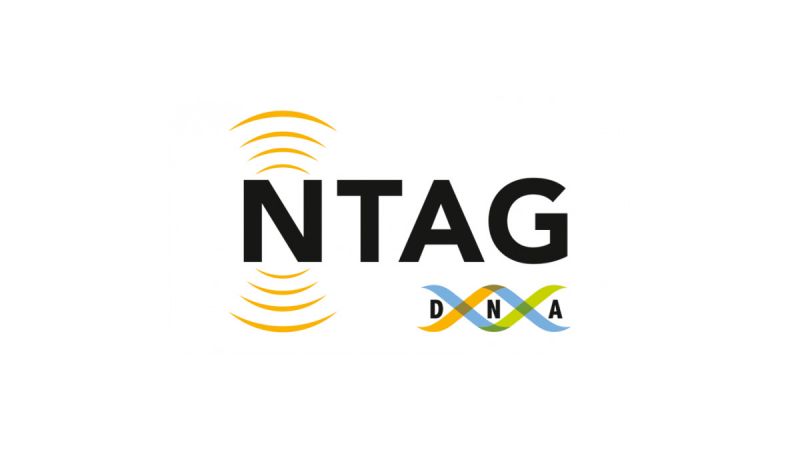 NXP have launched the next generation of their NTAG series NFC tag authentication chips. Called the NTAG 424 DNA, it will be available in both regular and tamperproof versions.

The new NTAG424 DNA chip is designed to reduce the costs bring NFC tag authentication to the mass market. The previous NTAG413 DNA was not widely adopted with many tag producers opting not to add it to their portfolio. However, the new chip, with a standard 50pF tag capacitance, should be easier to adopt and will likely reduce manufacturing costs.

Like the NTAG413 DNA, the new chip also features the ability to include a unique secure code dynamically into the URL address. This is an important feature as the iPhone is currently only capable of reading the NDEF message portion of an NFC tag. By including the secure code dynamically in the URL, the NTAG424 chip will offer authentication to both Android and iPhone users.

The new chip is marketed towards, and is likely to be adopted by, a very broad range of industries including fashion, food and beverages, pharmaceuticals and electrical appliances.

"As the co-founder of NFC, NXP continues to play a pivotal role in expanding the NFC ecosystem through our legacy of technology leadership," said Alexander Rensink, business segment manager smart products at NXP. "With our new NTAG 424 DNA tag chips, we are raising the standard for trusted product authentication while enabling a new world of unique mobile user experiences for products in just about any industry vertical."

NTAG 424 DNA TagTamper variant also includes a tag tamper loop which can permanently record any break in the loop. This operates in the same way as the NTAG213 TT chip and provides a simple system of detecting tampering in product packaging.

Optional tamper protection with the NTAG 424 DNA TagTamper to securely detect if the tag seal remains intact for product integrity.

The NTAG413 DNA contained a great set of features but was not widely adopted. There were two reasons for this. Firstly, many tag producers reported that they didn't like the format and were reluctant to commit development time to the chip. Secondly, the cost of the NTAG413 DNA was relatively high, coming in three to four times the price of standard NFC chips.

It was generally considered within the industry that the price point would simply be too high for mass adoption. Seritag agree to an extent. While full mass market adoption is not likely to be achieved until the price of authentication tags approaches regular tags, the tag is only park of the cost. The tags require software to be authenticated and while companies like HID have offered this for some time and NXP themselves are starting to offer their own services, the additional costs need to be considered.

To be clear, when Seritag talk about mass market adoption we aren't talking about the usual 'trials' and one-off promotions. A few hundred thousand tags here and there makes good publicity but it's a drop in the ocean on proper mass market adoption.

The software factor creates a barrier to adoption which, for a product that is not widely adopted, is a hurdle to far for many companies. In essence, the whole authentication system - the tag, the supply, the software - needs to be easy and frictionless. As easy as buying and using regular NFC tags. Right now, it's not.

The cost issue will make a difference. The pricing of the new NTAG424 DNA will need to be very close to a regular tag to in some way offset the cost of the integration and software overhead. We make the point again that we aren't talking about one or two brands doing a promo roll out. We are talking about the long tail of brands looking at using the tags to secure their goods and provide interactive promotion.