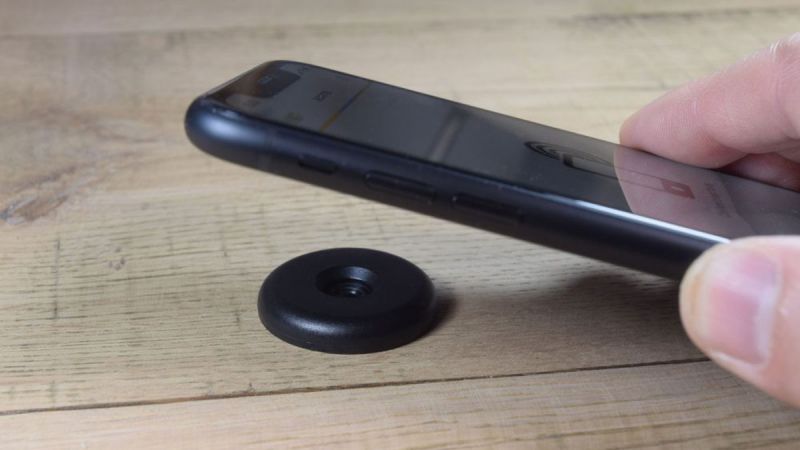 Many years ago when we were trading as RapidNFC, we realised that many customers wanted a better understanding of NFC tag scan distances. So we launched the ScanStrength index. A scale of 1 to 10 which defined our tags with the furthest scan distances as 10 and our tiny tags with a short scan distance as 1.

In doing so, customers could quickly tell how much better a tag scan distance was from one tag to another.

Now, we've gone a step further and launched Real ScanStrength which gives a true average scan distance value in centimetres. We test every tag with 12 different mobile phones from manufacturers including Apple, Google, Samsung, Sony and Huawei. The average is then calculated and presented as a single figure in millimetres giving a clear and accurate indication of expected scan distances.

The testing procedure uses a specially designed Seritag ScanStrength testing rig that tests the scan performance of the tags with each phone using varying orientation and angle. The aim is to get as close to real life scan situations as possible. The test isn't aiming to get the best scan distance - it's designed specifically to provide information on the most likely scan distance in a real world scenario.

NFC tags designed for use on both non-metal and metal surfaces have an additional barrier layer between the antenna and the metal facing surface. This barrier layer can affect the scan performance of the tags both when attached to metal and not and the design of the tag and quality of barrier material can change the scan ratings significantly.

Therefore, to provide the most accurate Real ScanStrength ratings for on-metal tags we test them with all phones on both a metal and non-metal surface. Both readings are then provided (non-metal first, on metal second) so a better understanding of real world scan distances can be understood.

All NFC enabled Android phones can scan tags without an App. This is called 'background tag scanning'. The phone simply needs NFC turned on and then placed near the tag to activate.

For the iPhone 8, 9 and X, the tags can only be scanned with an App so background tag scanning cannot be tested and we only test these phones with an App.