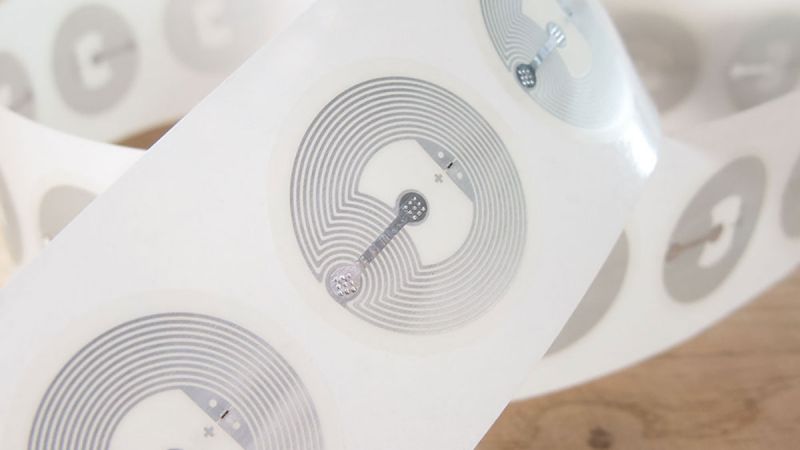 Many readers will be aware of the increasing supply issues within the semiconductor industry. Lack of production capacity and increased demand has resulted in supply difficulties across a substantial range of microchips including RFID/NFC products. In fact, at the time of writing, many popular RFID chips are completely out of stock and lead/production times on many NFC chips is running at 30-40 weeks or more. Even the popular NTAG213 chips are starting to approach lead times of a year.

Seritag had seen this coming for some time and implemented a number of measures to reduce the impact. To date, none of our customers have been affected by these problems - even on larger orders. However, the situation is not improving and many industry commentators are suggesting that NFC chip supply problems may last until 2023.

As a result, Seritag started testing and developing tags and products using alternative NFC chips to the common NXP NTAG213, NTAG210 and NTAG424 products. Seritag have been using NXP chips for many years - before the NTAG series was even launched. Our first products contained NXP's MIFARE Ultralight chips which morphed into the first generation NTAG203 chip. NXP have managed to build a strong brand with the NTAG series and the chips have been reliable and feature-rich. Unfortunately, NXP NFC chips have been one of the hardest hit by supply and demand problems and the availability of NTAG213 is becoming more problematic.

Therefore, we are now excited to be shortly launching a new range of labels and products which will use chips made by EM and ST. These are superb microchips with full feature sets made by world leading semiconductor manufacturers.

The first products will feature the new ST25TN512 and ST25TN01K chips made by ST. These are Type 2 NFC chips and can be considered a direct replacement for the NTAG213 chip. Arguably with a better feature set and increased data retention specification (40 years vs 10 years for the NTAG213), these are a step forward.

Compatible with all NFC mobile phones with the same 7 byte UID and data structure, it's an ideal replacement. On all our initial testing, the scan distance performances are at least as good as the NTAG series, if not better.

To make things easier to identify the different chips we will often refer to these chips on our website as TN1 (ST25TN01K) and TN5 (ST25TN512).

We will be posting some advice pages soon on how to use the additional features in the ST tags and new products will start to appear from early November onwards starting with our popular 29mm White NFC tags with the ST25TN01K chip.