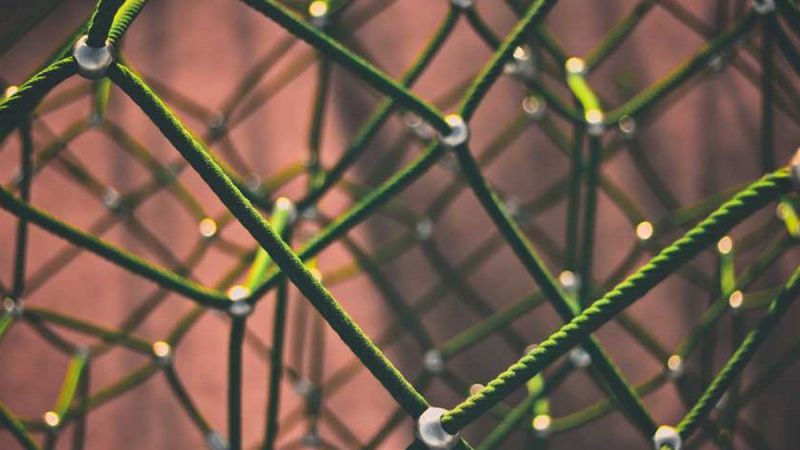 There's been a lot of talk this year about the use of blockchain with both QR codes and NFC tags. We've spent a lot of time talking to our clients and trying to understand how best to use this rapidly growing tech.

As of August, we are now running live beta trials with a number of clients on our Ixkio platform using blockchain technology to secure the scans and changes to data.

Let's give a quick rundown of the basics :

How does Ixkio use blockchain ?

There's been enough blogs, articles and videos on this to avoid us spending too much time explaining how blockchain works. The essential element is that blockchain technology can be used to protect the chain of data changes made on an NFC tag.

So, let's assume that when a tag is released it has a small set of data associated with it. For example, the number of scans, a product code, product status and a launch date. Blockchain tech enables us to take a 'snapshot', called a hash, of that data which is stored alongside that data to effectively act as a signature.

Later, when that tag is scanned again, certain data might be changed. The number of scans will have increased and the product status might be updated. At this point, another hash is taken of that data and the data file or block will now contain the new hash and a copy of the previous one.

The power of blockchain is that the entire chain of data can be protected providing powerful tamper evidence. Additionally, the blockchain can be made visible allowing anyone to check not just the current data but previous data sets as well.

Data storage within the Ixkio blockchain

We are currently experimenting with clients with storing entire data sets within the blockchain and allowing a link to data outside the blockchain.

In reality, we would expect most future customers to use either a simple data store on the tags such as the example above of a scan count and product status or a hybrid where some data is stored on the chain and a hash of external data is stored alongside.

Where is the blockchain ?

We are using a private blockchain system managed within Ixkio during the beta phase of development. We have looked at using external systems but at this stage we intend to continue to develop in house. This is mainly because of the way that particularly authentication tags will be used with the Ixkio system.

Our goal with the blockchain tech built within Ixkio is a system that allows any third party to verify that data associated with a tag is valid and has not been tampered with. That isn't necessarily current data but also the chain of data during the lifecycle of a tag.

For example, a product/medicine/item that a tag is attached to may have four states - production, check, active and expired. At the moment, we might store current status. Our data logs can show that a product might have passed check at a certain date to achieve an active state but you, as a user/client, cannot confirm that this is the case.

Using blockchain, we can take that hash of each change of data state and store it in future state changes. We can make this chain visible to either just you as a client or anyone. This 'stamp'/hash of each check can now ensure that each stage has been completed and that change can be openly verified.

It's not necessarily our intention at this stage to achieve decentralisation of the chain itself. However, transparency of both the chain and the data and the ability for third parties (outside both Ixkio and optionally the client) to verify the chain of data is the fundamental target or using this technology.

Why use NFC tags with blockchain ?

One of the reasons why we've started to do this is because of the number of clients starting to use authentication NFC tags.

Let's explain briefly. Blockchain has a lot of hype around it and there's a number of people starting to develop tech using both QR codes and NFC tags with blockchain. However, while blockchain can work extremely well in a virtual scenario, NFC tags aren't virtual. They are attached to physical items and as such, there's always going to be a link between the NFC tag/physical item and the blockchain storing data related to it.

QR codes can be copied very easily of course and even normal NFC tags can be cloned. There's little point in having a powerful blockchain system behind an NFC tag (or QR code) if there's no guarantee that the tag itself is genuine.

With this secure link in place, a blockchain backend becomes valuable again.

The Ixkio platform was originally designed to allow the fast and easy deployment of authentication NFC tags. Many of our clients now use it for large scale standard tag management as well but, together with our Seritag encoding services, it provides a quick and easy route to market for using authentication tags.

With our beta release of a blockchain backend as well, we can now provide an even greater range of product authentication and anti-counterfeit tools for developers and brands.