How To Read NFC Tags With An iPhone 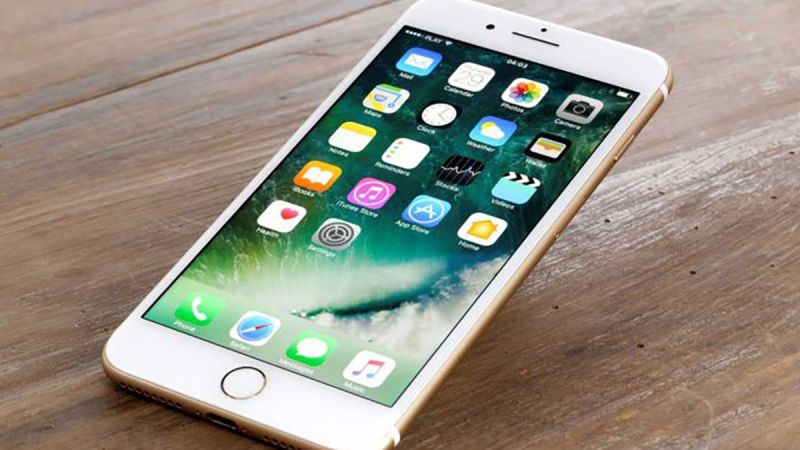 Unlike Android phones, which have been able to read NFC tags 'out of the box' without any additional Apps for many years, Apple's iPhone has had a slower start.

How much support your iPhone will have for reading, and now writing, NFC tags will depend on your iPhone model and your operating system.

It's worth mentioning that Apple have changed NFC tags scanning and writing support with each release of iOS and each new generation of iPhones. It's possible that future releases may change the status again. However, as of September 2020, this is the current status.

How to read NFC Tags with an iPhone Xs, Xr through to the iPhone 14

The iPhone Xs and Xr were the first iPhones with 'background tag scanning' native support for reading NFC tags. The newer iPhones up to the iPhone 14 and all variants continue this functionality. This means that these phones can scan NFC tags immediately, without any additional Apps.

The iPhone must be running iOS11 or later and the NFC tag must be pre-encoded with a web link. If the NFC tag is not encoded, the phone will not respond at all. No further App is required.

As of iOS13, these phones can also write to NFC tags with an appropriate App.

Reading NFC tags with the iPhone 7, 8 or X will depend on your version of operating system as follows :

iOS 14 : If you have the latest iOS 14 operating system, you can read NFC tags natively with the built-in reader. Just turn on NFC Scan mode from Control Centre and hold the top edge of the phone over the tag. Watch the video here to show you how to read NFC tags with iOS 14.

iOS 13 : With iOS13 or earlier, the 7, 8 and X iPhones cannot read NFC Tags natively. This means that while these generations of iPhones can read NFC tags, they can't do it out of the box. An additional App is required.

Which iPhone App is the best for reading NFC tags on iOS 13 or earlier ?

Seritag recommend NXP's TagInfo or NXP's NFC Launch apps. TagInfo is a more full featured whereas NFC Launch is a lightweight app designed simply for reading a web link from an NFC tag.

Since Apple announced that NFC tag scanning was going to be enabled in iOS11, a number of NFC Apps have appeared on the App Store. Some of them work very well, others are a little unreliable. Remember, if you are running the latest iOS 14 software, you don't need to download an App, just open the Control Centre and turn on NFC Scan Mode.

The are two reasons Seritag recommend the NXP Apps. First, while you may not have heard of NXP, they are a microchip company similar to Intel, who you probably have. NXP make almost all the NFC chips that go into NFC tags.

Secondly, their Tagwriter and Taginfo Apps for Android are solid, reliable and well featured. We expect their iPhone Apps to develop the same way. The NXP Taginfo for iPhone App is free to download from the App Store.

NFC tag scanning is only available on the iPhone 7 and newer. If you have an older iPhone such as the iPhone 6, unfortunately you do not have the technical ability to read NFC tags.

The iPhone will scan a wide variety of NFC tags including NFC Forum Type 2 tags. This includes the popular NTAG®, MIFARE® and ICODE® series chips. Without getting too technical, pretty much any NFC tag you purchase will work but we'd recommend you stick with an NTAG® based tag.

Note that your NFC tags need to be encoded with data, such as a web address (URL), before they will scan. The iPhone will not respond to tags without encoding.

If you want to test, for example, opening a web address on a tag, you have three options. The first is to have the web address encoded onto the tags when you purchase them. Seritag can do this for you easily.

The second is to encode the tags in advance with an Android phone with a suitable App (NXP's Tagwriter is recommended).

Third, just get a suitable encoding App for your iPhone. Check our tutorial on how to encode NFC tags with an iPhone to get started.

As mentioned, the tags do need to be encoded with NDEF data which means that blank tags won't do anything. You will get no response at all.

If you don't already have some NFC tags then it's easy to buy NFC tags online here from Seritag. 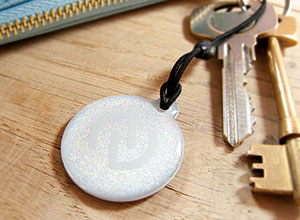 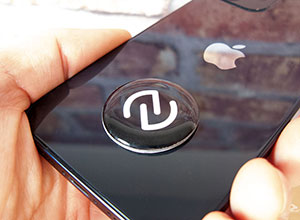 First, download the App from the App Store and install. The App is free to use.

Now hold the top area of your phone over an NFC tag. The response should be very quick so if you aren't getting any feedback there's something wrong. You shouldn't need to touch the tag but you will need to be within a few centimetres.

Just a note that normal NFC tags don't work on metal surfaces. So if you have a normal NFC tag and are trying to scan from a metal table then it won't work !

You will now be able to see the contents of the tag and be able to launch if desired. It's really as simple as that.

It's very likely that NXP will continue to develop the App and add additional features. At the time of writing, there are two settings. The first 'Auto Scan on App launch' means that you don't need to tell the App that you are about to scan an NFC tag. Useful if you scan tags regularly.

The second 'Auto Launch Tag Actions' means that the App will automatically carry out an action associated with the contents of the tag. For example, if the tag contained a web address or URL, then auto launch will open a browser on your phone and display that without you taking any action.

Note that while this is clearly useful for scanning many tags, be aware that if you don't know what is on the tag then you might want to see what's going to be opened before it does it automatically.