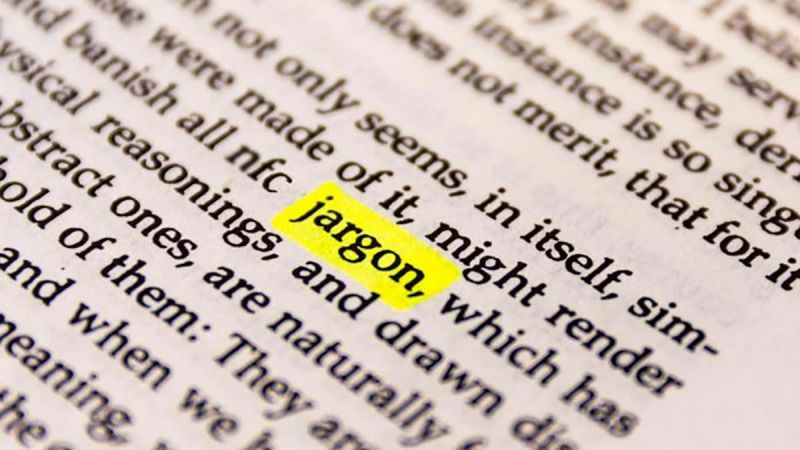 Getting started with NFC tags isn't difficult. For the vast majority of users who want to implement NFC tags into a marketing, identification or authentication project, there's usually very little you really need to know.

Remember that Seritag are always here to help. Just send us an email and ask a question.

However, if you want to go deeper, then we've put together a glossary of common NFC terms to help you understand.

NFC tags communicate with a reader using Inductive Coupling. The coupling oscillates at a specific frequency to allow syncronised communication between the two NFC devices. For NFC, this is set at 13.56 Mhz and Antenna are tuned as close as possible to this.

Term used to describe a powered NFC device, such as a mobile phone. As opposed to Passive.

A technique where the name of a specific Android Application can be added to the data during encoding so that when the tag is scanned with an Android phone it will launch that App.

An NFC Tag contains an NFC Chip and an antenna which is coil or loop of wire. The antenna allows energy to be created via inductive coupling and communication to happen between the NFC Chip and the reader.

Broadcom are an NFC chip manufacturer who make the Topaz chip and also provide NFC controller chips to a number of mobile phone manufacturers.

A number between 0 and 255. Data is stored on NFC Tags in Bytes. Each Byte can store one character, therefore if you store 10 characters, you need 10 Bytes.

A process where an active NFC device (say a mobile phone) will 'pretend' to be a passive NFC tag or card.

This is defined by Seritag as an NFC Tag with two layers of thin, clear, PET Plastic on both sides of an etched antenna and NFC chip. One side has adhesive.

Officially named the 'MIFARE DESFire®', this is a complex NFC chip manufactured by NXP. There are a number of variants with 2k or more of memory. It has powerful data encryption technology and is not commonly used in mobile phone applications.

The process of putting or programming data, such as a URL, into the memory of an NFC tag.

A method of protecting unwanted or unauthorised access to data stored on an NFC Tag.

Ferrite sheet is used as a 'barrier' layer between an NFC antenna and a metal surface to allow the NFC Tag to function.

RFID tags communicate on different radio frequencies. NFC Tags (which could be considered a sub-group of RFID) work at 13.56Mhz which is classed as the High Frequency (HF) range.

A method of printing a unique ID, either your sequence or the UID / Unique ID of the NFC chip, onto the NFC Tag or Product.

The method by which Passive NFC Tags get their electrical energy wirelessly from an Active NFC device. It involves two magnetically coupled coils resonating at the same frequency allowing communication.

An international standard (set of written guidelines) that defines the characteristics of a particular type of proximity 'card' and how they should communicate. NTAG213 & MIFARE Ultralight® are popular NFC chips using this standard.

An international standard (set of written guidelines) that defines the characteristics of a particular type of NFC card/tag. Similar to ISO/IEC 14443 but typically ISO/IEC 15693 tags have a longer scan distance and are therefore called 'vicinity' tags rather than 'near field'. Includes the ICODE SLIX NFC chip.

NFC chips can be written many thousands of times. To prevent data being accidentally or otherwise changed, you can 'lock' the data. This is typically a one way process and once a tag is locked, it cannot be unlocked.

A very popular and long-standing NFC chip made by NXP. Also commonly (but incorrectly) known as the '1k', or 'MIFARE 1k'. It is not NFC Forum compliant and not supported by all phones but popular in ticketing and access control applications.

A brand name of the chip manufacturer NXP. It is used on the Ultralight, Classic and DESFire chips ranges but not the NTAG range.

The N-Mark logo is an icon created and licensed by the NFC Forum to identify objects, devices, tags, etc that are NFC enabled (and conform the NFC Forum standards)

A wrapper around one or more NDEF Records.

The actual data being stored within an NDEF Record. For example 'seritag.com'

A single element of stored data, called the NDEF Payload, and the definition of that stored data. For example, https://seritag.com defined as a web address (URI).

The definition of the data stored within the NDEF Record. For example, a URI (web address) or Text.

The microchip within an NFC Tag or NFC Product which stores the data and handles the communication process.

Defined by Seritag as an NFC 'Tag' that isn't sticker/label. For example, an NFC wristband or NFC keyfob.

Simply defined as a sticker or label containing an NFC chip and antenna.

When the ISO 14443 standard was created, there wasn't agreement on a very specific technical point on how the communication (RF modulation) should occur. So they created two signaling types - Type A and Type B. All popular NFC Tags (such as MIFARE Ultralight, NTAG213) are Type A and almost without exception, any NFC tag you buy will be Type A. Although similar, not to be confused with NFC Forum Type 1, Type 2, etc.

NFC-F tags are based on the signalling/communication (way of talking between tag and reader) standard JIS X6319-4 instead of the much more common (for mobile use) ISO/IEC 14443 standard. They fall under the NFC Forum Type 3 category. Very rarely used in general mobile based NFC applications.

These tags fall under ISO/IEC 15693 and have now been included with NFC Forum standards. More commonly called 'vicinity' tags rather than 'near field' because they have a slightly longer scan distances.

First generation of NXP's NTAG chip series. Has now been replaced by the NTAG213.

One of the most popular NFC microchips used with mobile phone NFC communication. A member of the NTAG21x family of chips which includes the NTAG216.

A member of NXP's NTAG21x family of NFC chips which includes the NTAG213. The NTAG216 chip has the largest memory capacity of the family at 888 bytes.

NXP is a large microchip manufacturer, a bit like Intel. NXP make the majority of NFC chips that we sell and supply NFC controller (communication) chips to mobile phone manufacturers.

An NFC Tag which can be used directly on a metal surface because it has a special 'ferrite' barrier layer between the metal surface and the NFC antenna.

Term used to describe an NFC Tag or NFC Product which contains no power source, ie no battery. It gets it's power from an Active NFC device.

A process where two active NFC enabled devices exchange information between each other.

A rating system originally created by the now closed NFC store RapidNFC to indicate the relative scan distance achievable with an NFC tag or product. Runs from 1 to 10 where 10 indicates a tag with a strong scan distance. The ScanStrength system is now managed by Seritag.

Manufactured by ST Microelectronics, new ST25TN01K and ST25TN512 chips were released in 2021 and will start being stocked by Seritag by 2022.

Manufactured by ST Microelectronics, the new ST25TN01K chip will contain more user memory than the popular NTAG213 chip and is set to rival the NTAG series. The average data retention is much longer than the NTAG213, the ST chips can hold data for up to 40 years.

Manufactured by ST Microelectronics, the new ST25TN512 chip is set to rival the NTAG series. The average data retention is much longer than the NTAG213, the ST chips can hold data for up to 40 years.

A not particularly common NFC chip made by Broadcom.

A particular type of NFC chip as defined by the NFC Forum, such as the Topaz

One of the most common types of NFC chip defined by the NFC Forum, such as the MIFARE Ultralight® or NTAG213

A particular type of NFC chip as defined by the NFC Forum, such as Sony Felica

A particular type of NFC chip as defined by the NFC Forum, such as the MIFARE DESFire®

The latest addition to the NFC Forum tag Types. These tags operate under a slightly different standard ISO/IEC 15693 and include NXP's ICODE SLIX tags.

The UID of an NFC tag is typically a 7 byte / 14 character unique number which is set during the chip manufacture and cannot be changed. On some chips, it can be 4 bytes. It can be used to identify an individual chip/tag. An example might be : 04 A6 7D 43 00 12 C2

Officially named the 'MIFARE Ultralight®', this is a very popular NFC chip manufactured by NXP. It typically has a limited memory of 48 bytes but is cheap, has a good ScanStrength and is available in many NFC Products.

A file format for storing electronic business cards so they can be exchanged between computers and phones. Typically used with NTAG216 NFC chips.

An inlay is the thinnest type of NFC Tag. It typically contains simply a single very thin sheet of PET plastic, an etched aluminium or copper antenna, the NFC chip and adhesive on one side.